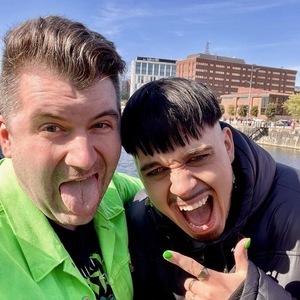 Co-Host of The EuroWhat? Podcast

Ben has been following the Eurovision Song Contest since 2009 and blogging about it in some form or another since 2012. After watching trash classic film The Apple in his dorm room in 2008, he googled if the Worldvision Song Contest was based on anything, managed to catch the tail end of the accounting in Belgrade 2008 online, and it's only gotten worse since then. He hasn't been to Eurovision live yet (2020 was going to be the year, and then...well...), but he's seen Hatari live twice.